Dr. Shawqi Mohammed: is an Economist at Al-Furat Center for Studies

The euro is considered one of the crucial major currencies in the global economy, alongside the dollar and the pound sterling since its (Euro) launch in 1999. It have been a reserve haven for most central banks around the world. However, the outbreak of the Russian-Ukrainian war greatly affected the value of the euro, and its losses are expected to increase if Moscow escalates its retaliatory measures against European countries, especially in the context of blocking more gas supplies. The euro has fallen against the dollar since the beginning of June, reaching a record level it has not reached in two decades, reaching the limits of $0.99 per euro, on 13 July, a level the euro has not reached since 2002.

The following figure shows the price of the euro against the dollar since 2003, until today: 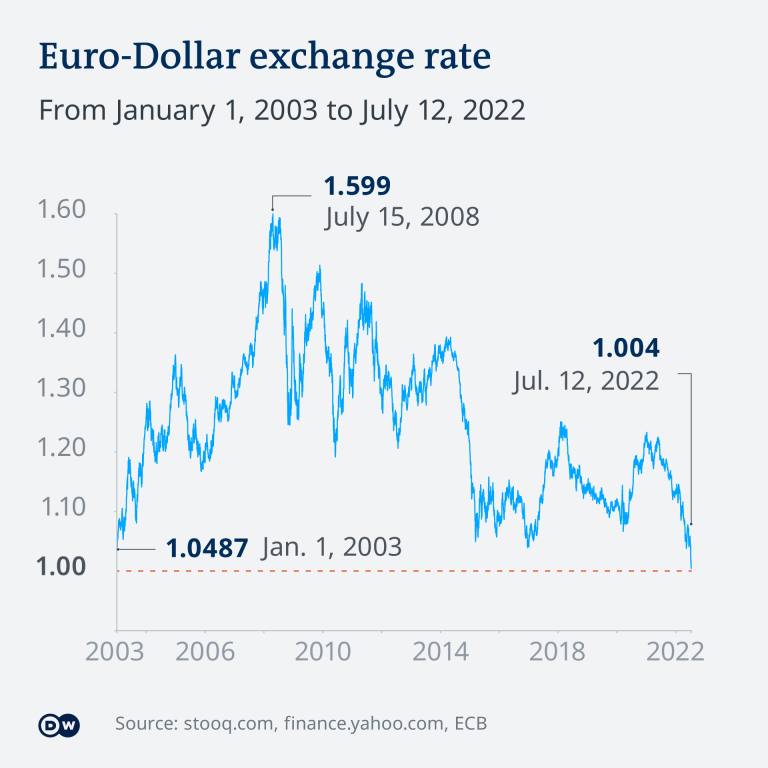 The price of the euro against the dollar since 2003 until today (Source: DW website)

It is not wise – from an economic perspective- to be stringent in the exchange rate policy, within the framework of the monetary policy of various countries. However, the exchange rate is an economic indicator that reflects the quality of economic performance on the one hand. It shows its stability in the constituent markets of the national economy (the market for production elements, goods and services, and the money market). Its stability is also a catalyst for improving levels of economic performance, within various economic activities; from investment to production to import, capital flows, the purchasing power of consumers, prices of goods and services in the market, and so on.

What draws attention today is that the financial entanglements in the global economic field, and the high rates of trade exchange between countries, have clearly led to the application of monetary policies and their effects in one country are being reflected in the levels of economic performance and its indicators in other countries, especially if that country is an economically strong country, such as The US of America.

The high inflation rates in The US of America, which had shaped a state of panic, led the US Federal Reserve to take more stringent policies, such as raising interest rates by 75 basis points, as a step that the bank had not been taken for many years, which reflected on the dollar power in global markets and increased its demand. It was also reflected in a rise in the cost of imports, especially energy and food items, in European countries, which are now suffering from shortages in the markets. If we add these pressures to the economic pressures resulting from increases in debt service, the matter will become more catastrophic during the coming period, in terms of pressures on the euro and the level of its performance in global financial markets.

Low euro defects and negative impressions of the Europeans

The equalization of the euro’s exchange rate with the dollar and its fall below $1 has not passed on the whole Europeans naturally. On the contrary, this has left negative impressions and raised many concerns about the future of their region’s economy, as monetary authorities demonstrated their inability to confront this. In the context of high inflation rates in the Eurozone at record levels that it has reached 9.1% for the time being for various reasons.

At first sight, it seems -economically- that the depreciation of the currency usually comes in favor of the low-priced country, on foreign trade issues, which was what the euro used to be before the coronavirus pandemic hit, and the economic slowdown that occurred later on within the economies of European countries, where the EU industrialized countries used to get benefit from this to increase their exports.

Today, the euro’s depreciation, equivalent to the US dollar, is negative and has its defects, which can be summarized as follows:

The following figure shows the rise in the consumer price index in Eurozone countries:

Perhaps it is clear that the issue of the euro’s decline is the result of the structural weakness shown by the European economies, following the Ukrainian war, and the high prices of energy elements, especially oil and gas; However, it left negative impressions on Europeans, on the one hand, and affected Europe’s financial markets, on the other hand, as well as higher product costs, and a decline in individual purchasing power. Perhaps that prompts us to say that inflation has become rooted in the European economy, and it is not going to be an accidental situation that will end with the absence of its causes.

Euro’s swinging between crises and events

Figures – during the euro’s exchange period – indicate that it has always been strongly affected by economic conditions or events and crises in the world, or the Eurozone itself, it gets benefit from the economic power of the EU’s states and strong growth rates and lose unexpectedly, in the event of an occurrence of a crisis and so on. Economic decisions and monetary policy management mechanisms of 27 different economies makes it perhaps vulnerable to large fluctuations, which make finding solutions to problems affecting the euro, is difficult issue. In addition to its inability to control its trajectories at the required speed in comparison with other States’ currencies such as the dollar, which makes decisions on financial and monetary policies or even related political decisions via single-state institutions

The euro has been under considerable pressure during the course of its life since 1999, and up till this very moment as a result of economic crises, and geopolitical events occurring in the world, or within the Old Continent (Europe), most notably, its (Euro) value fell by 12.59% in 2005, when many countries of the European Union rejected the European Unified Constitution.

The euro was also significantly affected by the financial crisis, which began in The US in 2008 and affected different global economies, which almost led to bankruptcy, like Greece’s economy. In the following period of the crisis, the European economy experienced a decline in growth rates and operating levels, leading those indicators in the European currency to reach the boundary of $1.04.

The reasons of euro losses

Today, as the euro surpasses its parity with the dollar, and even below the dollar, European economic analysts must take directly a clear view of this situation, which has been reflected in European markets and has affected their psychological state, in order to find the reasons for the euro’s decline, and the possibility of offering possible solutions, quickly enough, to avoid further losses.

The constant threat of cutting off gas supplies was one of the most significant repercussions of the Russian-Ukrainian war, and by Europeans – along with Washington imposed of harsh sanctions on Moscow, but what happened was more like who was fighting himself. Europe, via these sanctions, wanted to force the Russian leadership to retreat from its war against Ukraine. But what has happened is that the EU’s states great dependence -especially its major states, Like the German economy – on Russian gas and oil, pushed inflation rates even more higher, in the wake of inflation, which was mainly the result of the conditions left by the coronavirus pandemic. This has undoubtedly contributed to higher price levels, and Europeans’ loss of high proportions of their purchasing power that they have never been accustomed to before.

The following figures shows the proportions of European countries’ dependence on Russian gas: 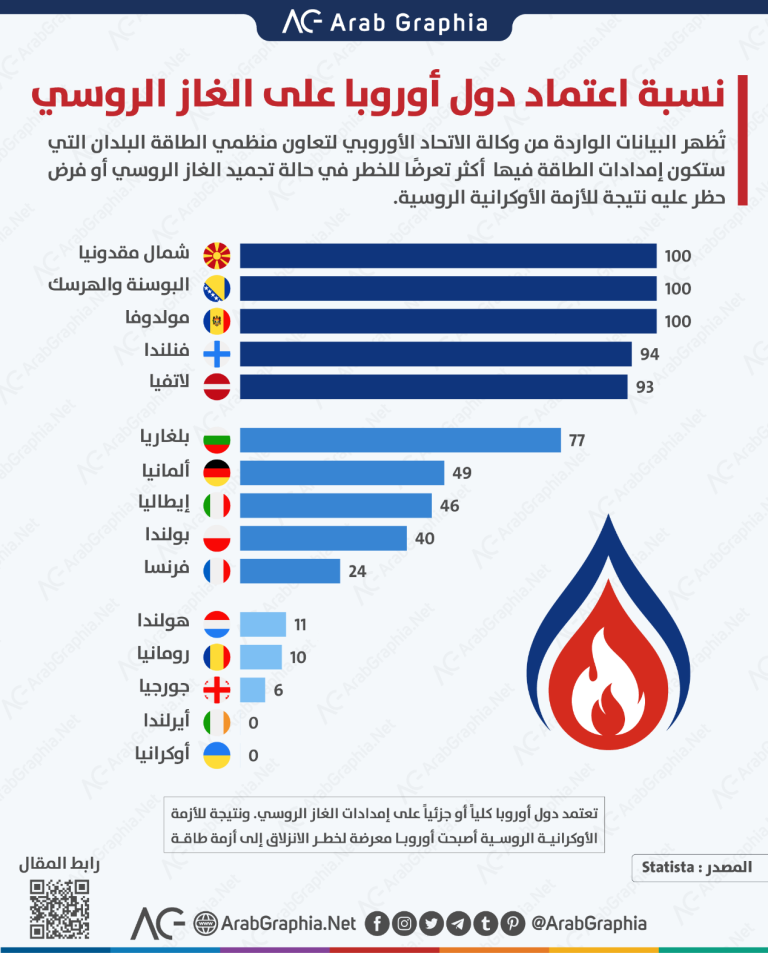 Thus, as the first spark of war began in Europe, The US activated its financial and economic entanglements, and many geopolitical factors, to move much of the crumbling burden on its economy beyond its borders and has succeeded in doing so with its political and military allies i.e. the EU’s countries by activating the factors that led to that war, in which the Europeans entered in an indirect way militarily, and in an economically direct way, In the face of the Russian bear, Europe is dominated by energy, especially gas supplies s neck, which has been a deadly weapon in different ways, to create a leash on the European’s neck and to increase their economic congestions.

Therefore, if the ECB lags behind the issue of rate hikes, due to high inflation rates, and increased pressure on the economic slowdown, and on growth rates, within the Eurozone economies, it was motive to the capital orientation to The US. due to higher yields on U.S. government bonds, compared to yields on European markets that stimulated further supply of euros and exchange them into dollars aiming at investing there, which contributed to new declines in the value of the euro against the dollar in Europe “, which has become a safe haven as the war continues in Europe, Its repercussions have worsened, foreshadowing a further decline in the euro’s value over the next short term.

Nowadays, the Eurozone is under enormous economic pressure, and the ECP is facing challenges of opposing solutions. The weakness of the euro is pushing the Bank towards higher interest rates, but the economic situation of the EU’s countries and slower growth rates hinder this step, because it will rise with borrowing costs and will affect growth rates, which could accelerate economic recession within of European countries’ economies.

The economic contraction in Eurozone countries is a strong barrier to the European Bank if its officials consider raising interest rates, as it is happening in The US of America.

Therefore, it is expected that – within difficult economic conditions, high inflation and a state of war – the euro will continue to fall against other currencies, especially the US dollar, which will push for a decline in the purchasing capacities of Europeans, because it resulted in higher prices, on the one hand, and the increased economic cost of imports of European institutions and companies on the other hand.

The Kurdish Spirit Shines inside Iran’s Feminist and Youth Revolution

The Kurdish Spirit Shines inside Iran’s Feminist and Youth Revolution 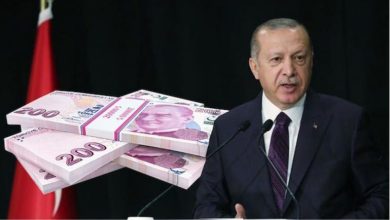 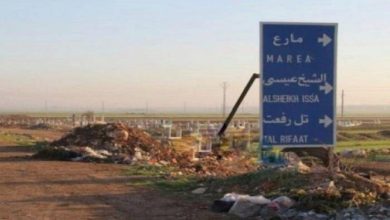