The winds of change, apparently, move against the Turkish President’s will, Receb Tayeb Erdogan, who finds himself in confrontation with Russia and the Syrian Regime, amid being neglected by his ally, the U.S.A. This position puts him under political and foreign pressures, which affects significantly on his (Turkish) presence in Syria, in which his options decrease after losing of his western and Arab allies. In addition to the change of the equations of powers. All of that leaves him alone, and the implications would heavy on Turkey.

Turkish President is running away from the trouble he has been put into. Therefore, he moved to hint about a new aggression, under the pretext of the diplomacy failure, aiming at keeping the Syrian Democratic Forces (SDF) away from its border. Besides, holding the U.S.A and Russia the responsibility for the attacks on its forces, which is the way of a bankrupt merchant to look for cards that allow him to intervene in the Syria throughout its military presence and obtaining a political concession that keeps him a basic part of in the Syrian equation.

Turkey faces multiple frontlines in Syria. Turkish soldiers and their posts were being under repeated attacks, which have led to the killing of some of them. In addition to Idlib’s destiny, which have become a deadlock that cannot be resolved because of the control of Idlib by Islamic extremists groups whom are labeled as terrorist groups such as “ Hayat Tahrir al-Sham” (formerly al-Nusra Front). Alongside, its deterrent impact on the western support  supply to that region, and giving an excuse for the advance of the Syrian  regime with Russian support toward the city from countering terrorism perspective.

The Turkish President met with his Russian Counterpart in Sochi summit that took place on 26 September 2021, which was an opportunity to discuss many common files, as the following:

1- Idilb’s card: The Russian’s pressure card that seeks to kick out those extremist groups from the city and allow the Syrian regime to take control over it.

2- Tall Rifat card: Turkey’s soft side in north of Syria, which it claims that it imposes major threats comes from those areas on Idlib, because Turkey’s objective, after its occupation of Afrin city, was to maintain on the current situation in Idlib, subsequently, reducing the pressure on the city.

However, despite consistent statements after the summit, the signs suggested a failure to reach a settlement, and the Syrian file has become more complicated. All scenarios are available at the conflict table after this failure, as no agreement has been reached on the aforementioned areas. The Turkish President has failed to ease the pressure on Idlib or to make any deal to trade off in getting gains on the ground.

Alternatively, in response to the disappointment of the Russian side, the Turkish leadership resorted to the threatening option and raised its intensity by military aggression against areas such as Till-Rifat and Manbij, controlled by SDF, in its vicinity; some of Russia and the Syrian regime posts has been set up.

However, it appears that the Turkish alternative has not succeeded in achieving its purpose for several reasons, which can be discussed as the following:

After Erdogan’s failure at the Sochi summit with Putin, U.S. President Biden’s position became decisive one as an alternative to Erdogan’s calculations. However, he was surprised by the contents of Biden’s letter to the United States House of Representatives to extend the state of emergency in Syria, announced by Trump on14 October 2019, and by his announcement. Two letters were sent: first one reassuring SDF, and the second one, challenging Turkey, in putting it on the opposite side to the American interests. Due to Turkish moves “increases the deterioration of the humanitarian situation and the change of geographic realities in the region, and it leads to volatility and unstable balance and endangers the life of civilians” White House stated in a statement issued on October 2021.

Turkey started to waving a new aggression in Syria in an attempt to pass on its objectives, blaming the United States for the deaths of its soldiers, which is a clear sign of the scale of disagreement between the two sides.

These statements came as a Turkish reaction to American disregard for its demands regarding Syria. In addition, a maneuver after the Turkish President’s failure in his personal foreign policy with Russian President, Putin.

However, the Turkish President’s launching a new military incursion is difficult, especially without any kind of understanding with the United States. Any new military action must be carried out based on understandings with the United States of America. Any Turkish bypass of the latter will have known consequences, because of what the Turkish capital markets have gone through, and they face the risk of rapidly deteriorating their currency, exposing their economy to a more serious disaster than its predecessor that had been suffered from when Trump threatened to destroy its economy. The situation is difficult inside Turkey, and further decreases Erdogan’s recent popularity, whom has also recently been attacked by opposition parties because of his foreign policy, particularly in Syria, “Erdogan took responsibility for insecurity in the country and ISIS elements infiltration into Turkey. Besides, turning Turkey to a crossing and a hotbed for terrorism, instead of pacification” the spokesman of the Republican People’s Party (CHP) stated in a statement in September 2021.He added “ by Erdogan’s departure, the Turks will take a deep breath, and the state will no longer be in one man’s hand”.

Therefore, the threat of a new Turkish aggression against Syria is an indication of the possibility that there will be no signs of an American green light in an escalation that would change the balance amongst forces in Syria, or impose any new reality in the region. It is an unacceptable Turkish card on the American side, too.

One possibility that Turkey has made statements about launching a new military operation in Syria and raising the ceiling on its rhetoric is the fear of the recent diplomatic wave between regional and international powers. The reports indicating the imminent agreement between them with regard to the Syrian file, and what Ankara fears most the fact that this agreement would be comprehensive and undermine its presence in the Syrian equation, and these moves can be described as the following:

Since the meeting of the envoys of the United States and Russian President in Geneva on 16th of the last September, the indicators have been circulating around the possibility of reaching an agreement between the two countries. This would lead to solutions to the Syrian crisis, addressing several files, such as curbing and hindering the Iranian presence, the humanitarian aid file and the northeast of Syria’s file, against any moves that undermine the strategy of the United States. Throughout preventing contacts between Iranian forces deployed east and west of Syria areas and Hezbollah in Lebanon, a strategy undermines any new Turkish movement.

On the other hand, Russia exploits American-Turkish differences to obtain concessions from the Turkish side and from the Syrian opposition in favor of the Syrian regime.

Relations between Saudi Arabia and Iran have come into a more understanding-oriented place Since 2020, in which Saudi Crown Prince Mohammed bin Salman stated in April of this year: “Iran is a neighboring country, and all what we aspire to is have a good and special relationship with it”. “He also pointed to the Kingdom’s willingness for mutual interests between the two countries.

This rapprochement coincides with non-public meetings between the two parties, particularly at the “Neighboring States of Iraq” Conference, which witnessed a round of dialogue between Saudi Arabia and Iran, followed by a bilateral meeting between the two parties on the sidelines of the 76th session of the United Nations General Assembly in October 2021. Iranian Foreign Minister Hossein Amir Abdollahian concluded in Beirut, “The Iranian-Saudi dialogue is on the right track.”

Since the announcement of these talks, Syrian file had been at the table of dialogue, and despite disagreement between the two parties on some files relating to the Syrian situation. The common and consistent factor is Saudi Arabia’s unwillingness to a Turkish presence in the north of Syria and its demand that Turkish forces should get out of Syria, which Iran also agrees. Thus, Turkish threats of a new aggression is one of the possibilities as a reaction to any move or agreement that would eliminate its role as a key interlocutor in any future negotiations for Syria.

The conclusion… it can be said that threatening to carry out military action, as a breath for getting political gains in diplomatic negotiations, is arguably an unpalatable Turkish option for the time being, due to the lack of and consensus with the other powers. It is a losing bet to test the reactions of those forces, which were clear before the threatening rhetoric and remained unchanged. The U.S.A messages of support for the SDF forces, and receiving their political delegation in New York, as well as a Russian military escalation in Turkish areas of influence, which can be seen as a coup to their previous understandings.

Therefore, the absence of a political cover that gives Turkey the green light for military action will make the mission harder for it, since it will not be without difficulties that could have negative repercussions due to many reasons: 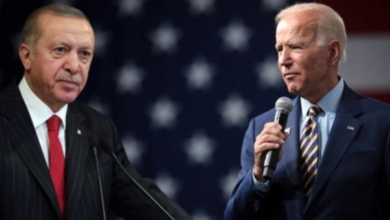 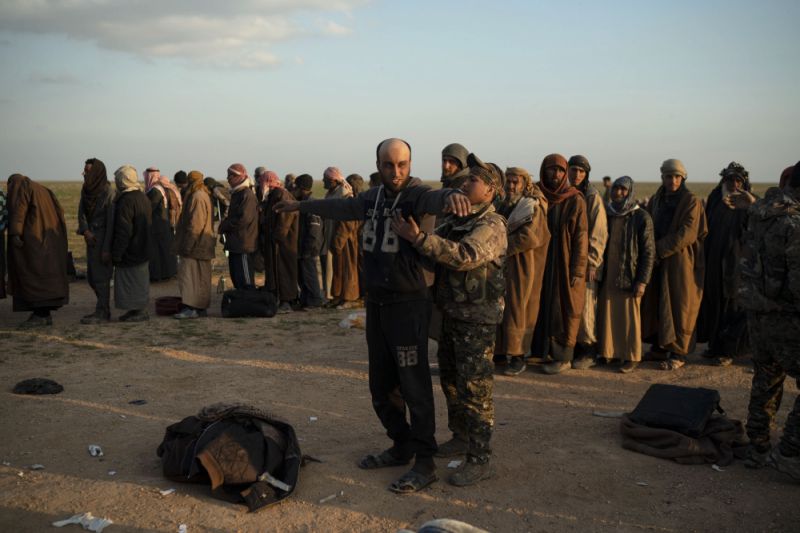 The crisis of Syria and the region … visions and options